The income tax proposals drew a huge round of applause from the treasury benches in the Lok Sabha, with most of the MPs thumping their benches. 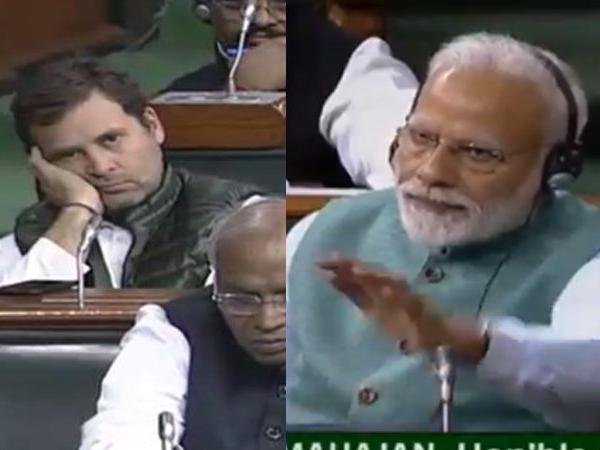 New Delhi: Presenting the interim Budget 2019, Finance Minister Piyush Goyal on Friday made a huge announcement as far as income tax is concerned. Goyal announced that annual income up to Rs 5 lakhs will be tax-free for individual taxpayers. Taking into account the Rs 1.50 lakh investment exemption allowed, an individual taxpayer can save tax on annual income of up to Rs 6.5 lakh. The Standard Deduction has also been raised from Rs 40,000 to Rs 50,000.

The announcement drew a huge round of applause from the treasury benches in the Lok Sabha, with most of the MPs thumping their benches. Prime Minister Narendra Modi was also seen smiling and thumping the bench. Chants of “Modi, Modi” filled the Lower House as the Finance Minister announced the tax proposals.

Congress president Rahul Gandhi, meanwhile, was seen sitting dispirited as the income tax proposals, which will be seen as populist measures, were announced by the minister. The announcement came just days after Rahul had announced that if voted to power in the 2019 Lok Sabha elections, the Congress would launch a ‘minimum income guarantee’ scheme for every poor person in the country. That promise was seen by most as a ‘game-changer’ announcement.

For the BJP now, the income tax proposals will surely reap benefits in the upcoming General Elections. However, if they are enough to bring the Modi government back to power remains to be seen.