How micro-finance is unleashing the women power in rural India? 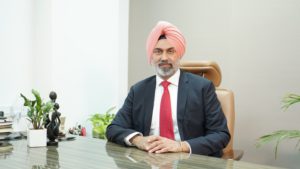 In the last decade or so, there have been umpteen discussions in India about double digit GDP growth and the country joining the league of economic superpowers. However, the persistent question for socio-economic thinkers remains- is the growth benefitting everyone in the society? Our economy is growing but are we progressing as a society?

As per 2018 estimates of World Bank, India registered the fastest growth in inequality, among all major global regions between 1980 and 2016. Almost 55 percent of the country’s income share is controlled by the wealthiest 10 percent people. This is due to the uneven income spread in rural, semi-urban, and urban parts of the country. The 2011 census also suggests that about two-thirds of the India population lives in rural areas.

This population faces perpetual survival challenges because of shortage of services such as banking, healthcare, and education etc. As a result, the true potential of rural India is tied up, particularly that of women who have great entrepreneurial skills and ambitions.

There are many studies around the world which suggest that women empowerment has a positive correlation with financial inclusion. Moreover, no awareness programs can motivate women to step out of their homes and be a part of social mainstream, if they are not financially independent. In the absence of formal banking services in remote parts of the country, microfinance institutions have come forward to bridge credit gap for aspiring women entrepreneurs.

The small ticket loans provided by these companies become a big catalyst for these women to star or grow their business and rub shoulders with their male counterparts. Additionally, a financially independent woman can significantly contribute to the health and productivity of her family and community.

In the above context, it is important to cite the words of Prime Minister Narendra Modi who, acknowledging the role of women in building a healthy society, stated that no country can progress if its women are not equal partners in the developmental process. However, the worrisome part is that even with this understanding and awareness, India stands 108 among 144 countries on the 2017 Global Gender Gap Report by the World Economic Forum (WEF). The report also notes that along with other parameters, ‘economic participation and opportunity’, is the biggest challenge for the Indian women, as we stand 139th on this parameter. Women’s labor participation in India is merely at 28 percent.

According to the Sixth Economic Census by the Ministry of Statistics and Programme Implementation, women make about 14 percent of the total entrepreneursin India. Even out of these, less than 2 percent work in the organised sector. A major reason for this is financial exclusion.

As per the Global Findex Survey 2017, about 5 percent Indian women with bank accounts are able to secure bank loan vis a via 11 percent women in China. As a result, these women restrict their business ideas within a certain geography, product vertical, or borrow from informal sources, at higher interest rates. This leads to their business being uncompetitive or irrelevant compared to those who can access cheaper loans.

With its reach and connect with the rural India, microfinance is an effective way to reach these underbanked yet aspiring women, who can bring a change in society. The significance of microfinance institutions (MFIs) in the country can be understood from the recent rise in borrowings by women. According to MicroFinance Institutions Network, as of 31 December 2018, 2.94 Cr clients have loan outstanding worth Rs. 60,549 Cr from NBFC-MFIs. Most of these borrowers are women, who have no other way to borrow. The launch of MUDRA scheme and institutional provisions like revised RBI guidelines for NBFC-MFIs have provided the necessary boost to the industry.

Further, Micro-finance institutions connect women entrepreneurs through small joint liability groups. Each member in such a group borrows without any collateral or cumbersome documentation process. This amount could be used for income generation purposes like agriculture, animal husbandry, handicraft, trading and other forms of business.

More importantly, the presence of microfinance branches in places where there are no or not many banks ensure doorstep credit delivery. Empirical data suggests that women have better financial disciplined and commitment to repay their loans. Hence, each microloan to women entrepreneurs is a long term investment towards employment generation, poverty alleviation and creation of a prosperous society.

With clear benefits of financial inclusion for women empowerment, it is a collective responsibility for the banking community, microfinance institutions and the Government to be the crusaders of this cause. Considering India’s geographic and demographic diversity, it is not a cakewalk. But, with a comprehensive action plan, we can certainly ensure basic financial services for women and lay the foundation for a new and progressive India, rooted in self-reliance and economic resilience.