Delving into topics as various as student loans, side hustles and success, each chapter ends with concrete advice, ranging from how to find a job in high school to tips on managing spending with a mental illness. The text shines when the 30-year old author highlights the personal, drawing lessons from her own life.

This transparency around spending shouldn’t be a surprise for fans of Dunn’s hit podcast, Bad with Money. The internet star also boasts a YouTube channel and a large social media fan base. 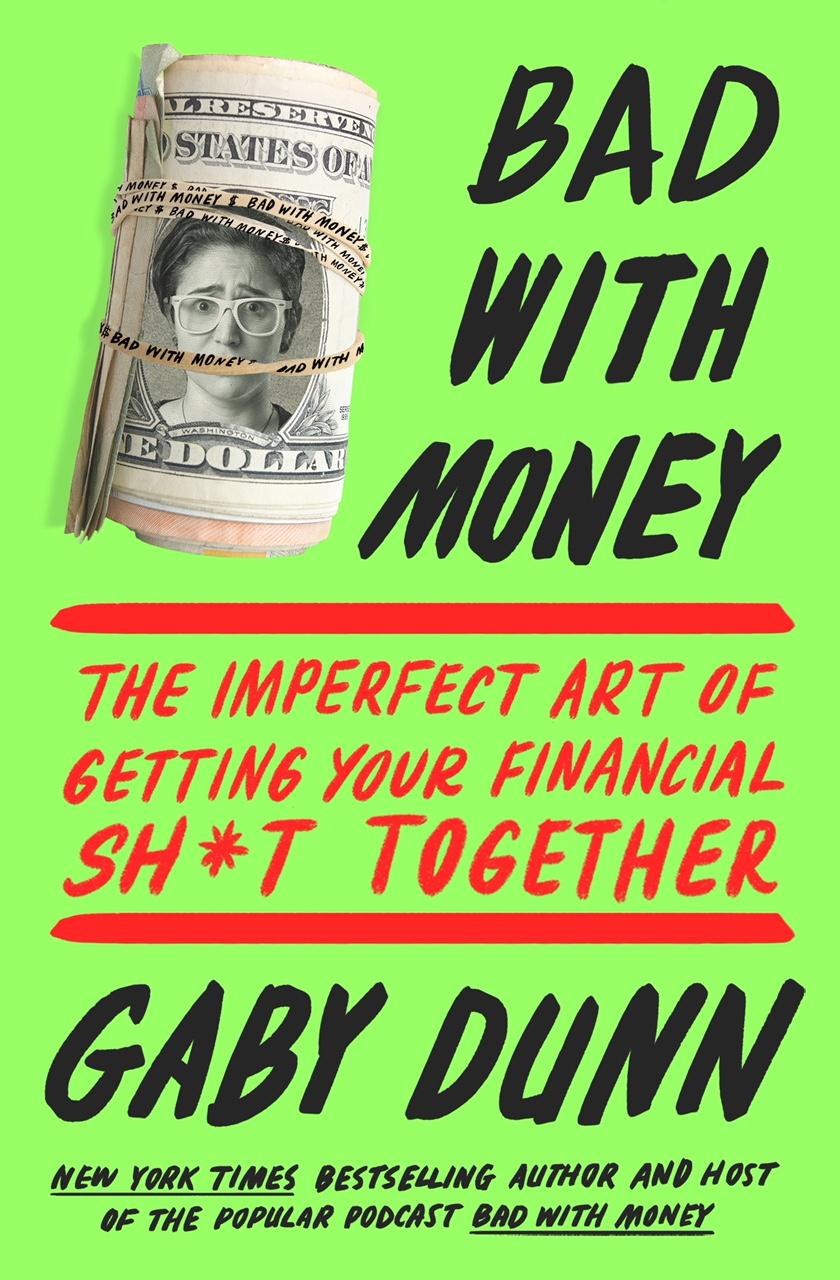 I caught up with Dunn while she was in New York City in the midst of her book tour to talk about mental health and money, financial transparency and why the millennial label is fake. Below is an edited and condensed transcript of our conversation.

Alexandra C Talty: At times the book reads more like a memoir than a personal finance book. Did that happen naturally in the writing process?

Gaby Dunn: I felt that the advice would be more palatable coming from someone where you could see all of their flaws too. It seemed like a natural place to come from.

ACT: In the book you mention that 61% of young people earn and use a side hustle every week. What does that make you feel about the future?

GD: There is a productivity culture where either you can’t afford things or where you feel that if you’re not working until the last possible second you feel like you are wasting your life.

We don’t value things like being a good friend, a good daughter or even just resting. There is this ‘I’ll sleep when I’m dead mentality’ that isn’t healthy.

In the past you’d have a side hustle if you wanted to afford something like a video game or a honeymoon. That statistic shows that more people use their side hustle income for things like groceries or rent. That’s a big, big change in the use of side hustles. People get home at 5 and then they need to start their second job.

ACT: Did the impulse to write a book come from your podcast, Bad with Money?

GD: Through the podcast, I learned about the systemic problems that people were facing. And then, because we don’t talk about money, I had no idea about the different lifestyles that friends of mine had.

The biggest example is that one of my very good friends has cerebral palsy. I was talking to her about money and she told me asked me if I knew that people with disabilities are only allowed to save $2,000 before their benefits are cut. I was like, “what?”

I don’t think she and I would’ve ever had that conversation if I hadn’t made money such a transparent topic that I was talking about. I never would’ve known.

ACT: Throughout the book you highlight how financial policies and regulations have a different effect on minorities, women and people in the LGBTQ community than what is considered to be the ‘average American.’  Was that something that you discovered throughout your reporting on personal finance?

GD: I am a queer and a lot of personal finance advice is like, ‘oh you and your husband.’ That’s just not my reality. There was perspective in that regard that I was coming from a different place. And I was sure other marginalized groups have their own problems.

It is hard to apply this general personal finance advice to everyone. I couldn’t write a book that wasn’t grounded in reality. 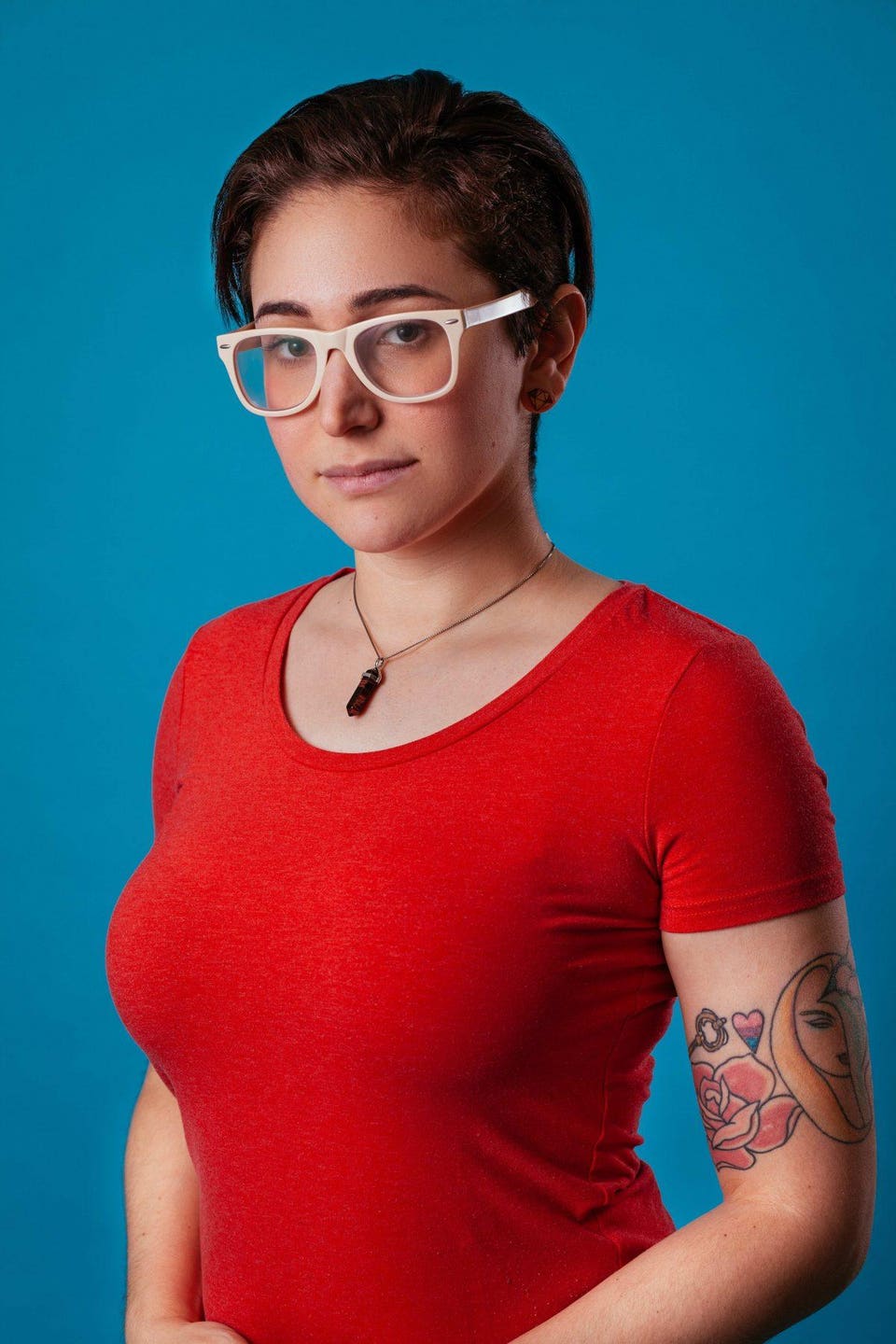 As a queer woman, Gaby Dunn knows firsthand how financial policies adversely effect minority communities and wanted to share that perspective in her book, “Bad With Money.”DOUG FRERICHS.

ACT: An interesting part of your book, as well as podcast, is when you debunk this concept of millennial.

GD: As Nona Aronowitz says in my book, “millennials are middle to upper class and poor people are just poor people.” We never think of poor millennials as part of the generation.

It’s easy to write us off as lazy and entitled if you don’t have to think about other people.

ACT: What motivated you to write about mental illness effecting people’s relationships with money? That’s the first time I’ve read about concrete ways to deal with mental illness and money.

GD: That’s my favorite chapter. I was really scared for a long time [to talk about being bipolar] especially when I talk about politics or feminism because I didn’t want to give detractors the ammo to say, “we don’t have to listen to her. She doesn’t know what she’s talking about, she’s crazy.” That was scary.

But I also thought it was such a big part of my story. I felt like I couldn’t leave that out. I wouldn’t be telling the whole story of money.